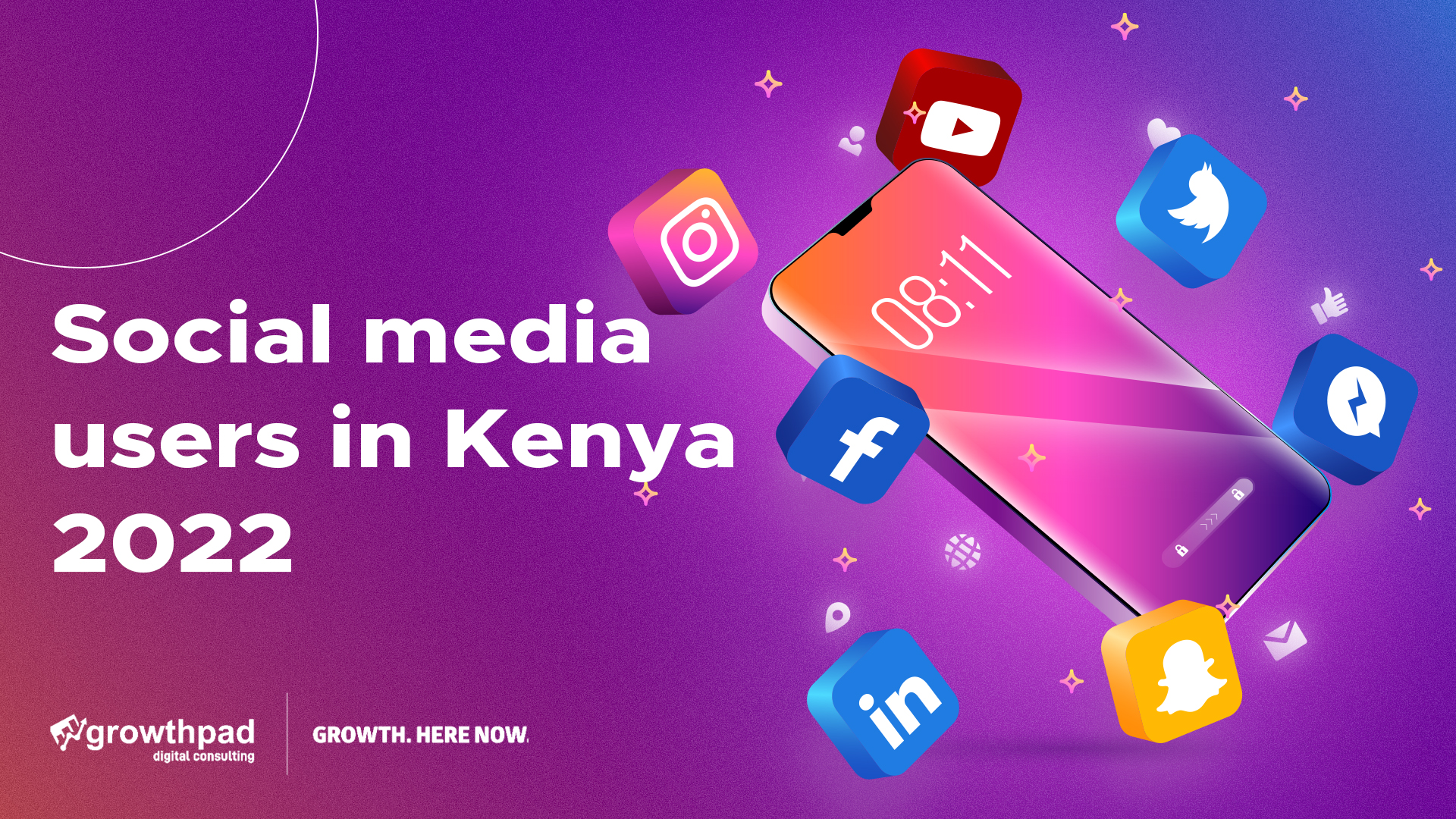 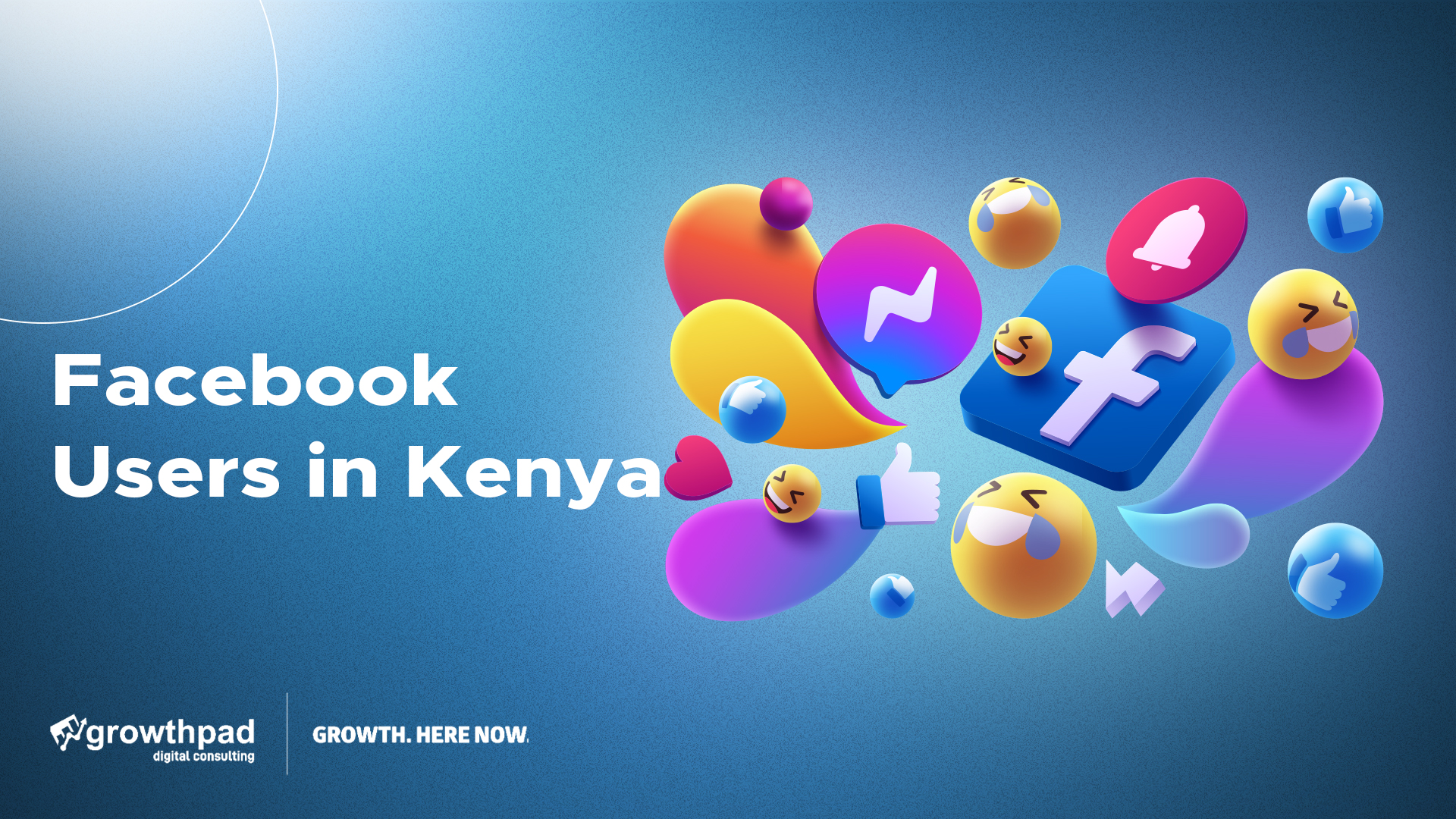 Facebook is an American online social network service that is part of the company Meta Platforms. According to Statcounter Global Stats, the majority of mobile users in Kenya use Facebook to connect, communicate and access information. As of March 2022, there were over 12 million Facebook users. This shows that 42.9 percent of Facebook users in Kenya are women. While Facebook’s largest audience was male users making up 57.1 percent of its user base. The company revised the audience figures which show that Facebook’s ad reach in Kenya was equivalent to 17.9 percent of the total population at the start of 2022. Additionally, the reach in Kenya is equivalent to 42.6 percent of the local internet user base, regardless of age. 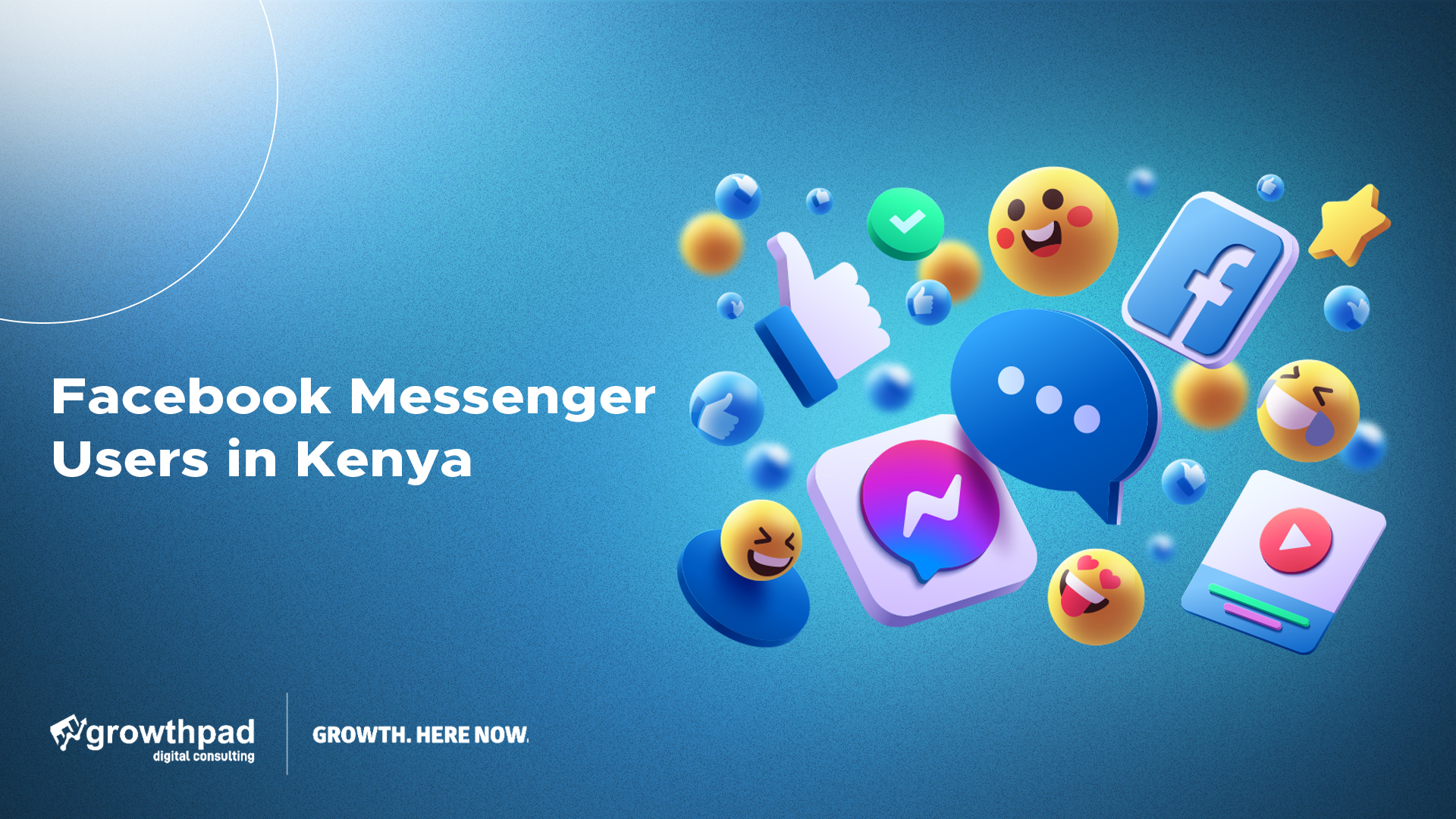 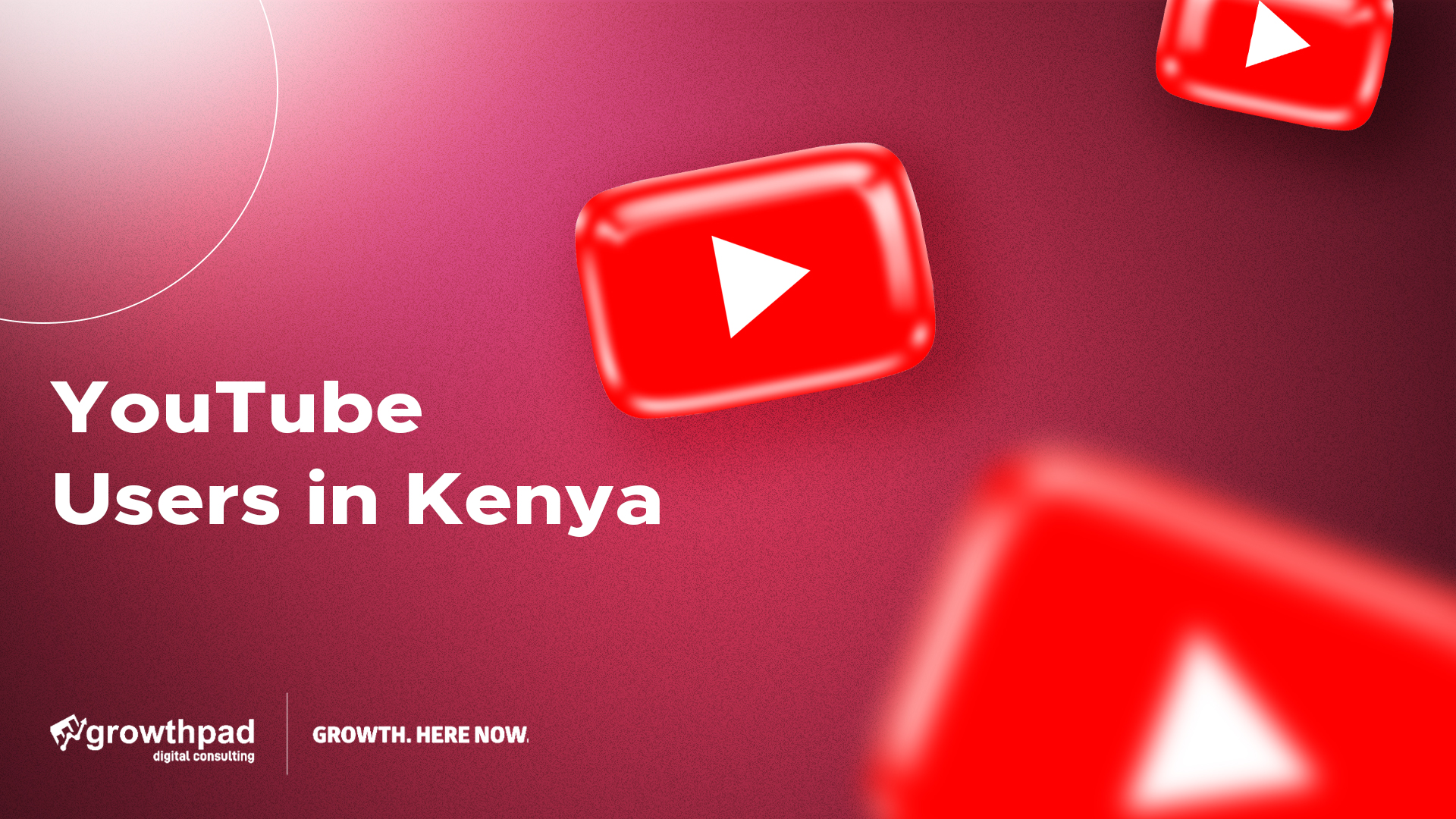 Youtube is an American online video-sharing platform that allows users to enjoy content or music or upload videos for public or private consumption. Over the years there has been a rise in content creators using social media to push their respective Youtube channels. In Kenya, there is a variety of content creators who dabble in lifestyle, make-up, and comedy content which garner a lot of attention. In Kenya, there are 9.29 million users of YouTube as of early 2022. This means that its ad reach was equivalent to 16.7 percent of Kenya’s population at the start of the year. In-depth, that means that these ads reach 39.9 percent of Kenya’s total internet user base regardless of age.  As of January 2022, 42.7 percent of YouTuber’s audience is female, while 53.7 percent is male. 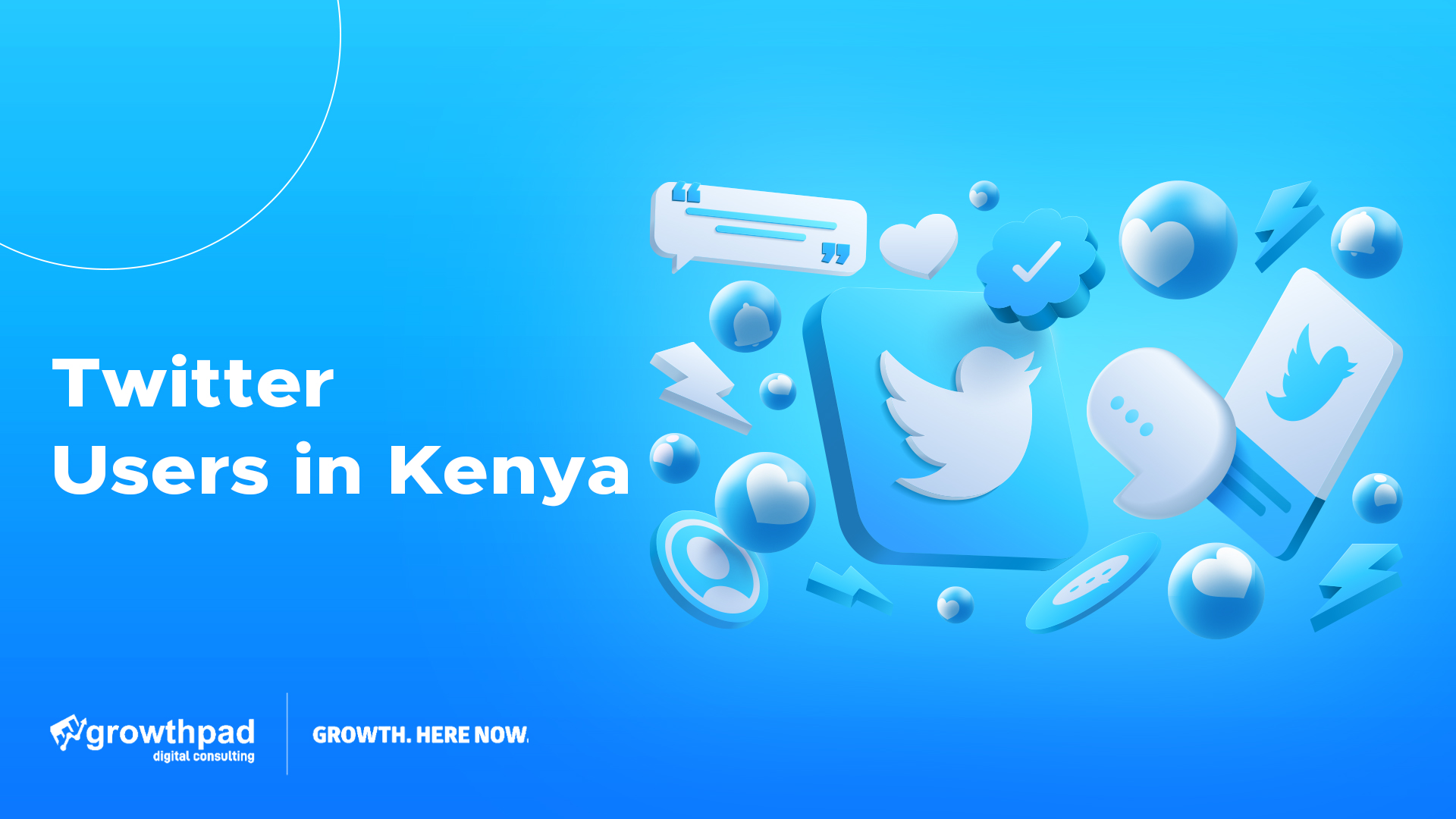 Twitter is an American microblogging and social networking service communications company. In Kenya, Twitter is used as a means of communication, connection, and sometimes accessing information. Most times Kenyans use Twitter as a way to share discord or share memes and debates on topics. Such an example of this is the #KenyansonTwitter, KOT for short. As of early 2022, Twitter’s advertising resources show that Twitter had 1.35 million users. This means that the ad reach in Kenya is equivalent to 2.4 percent of the total population at the time. The ad reach in Kenya is comparable to 5.8 percent of the local internet user base regardless of age. 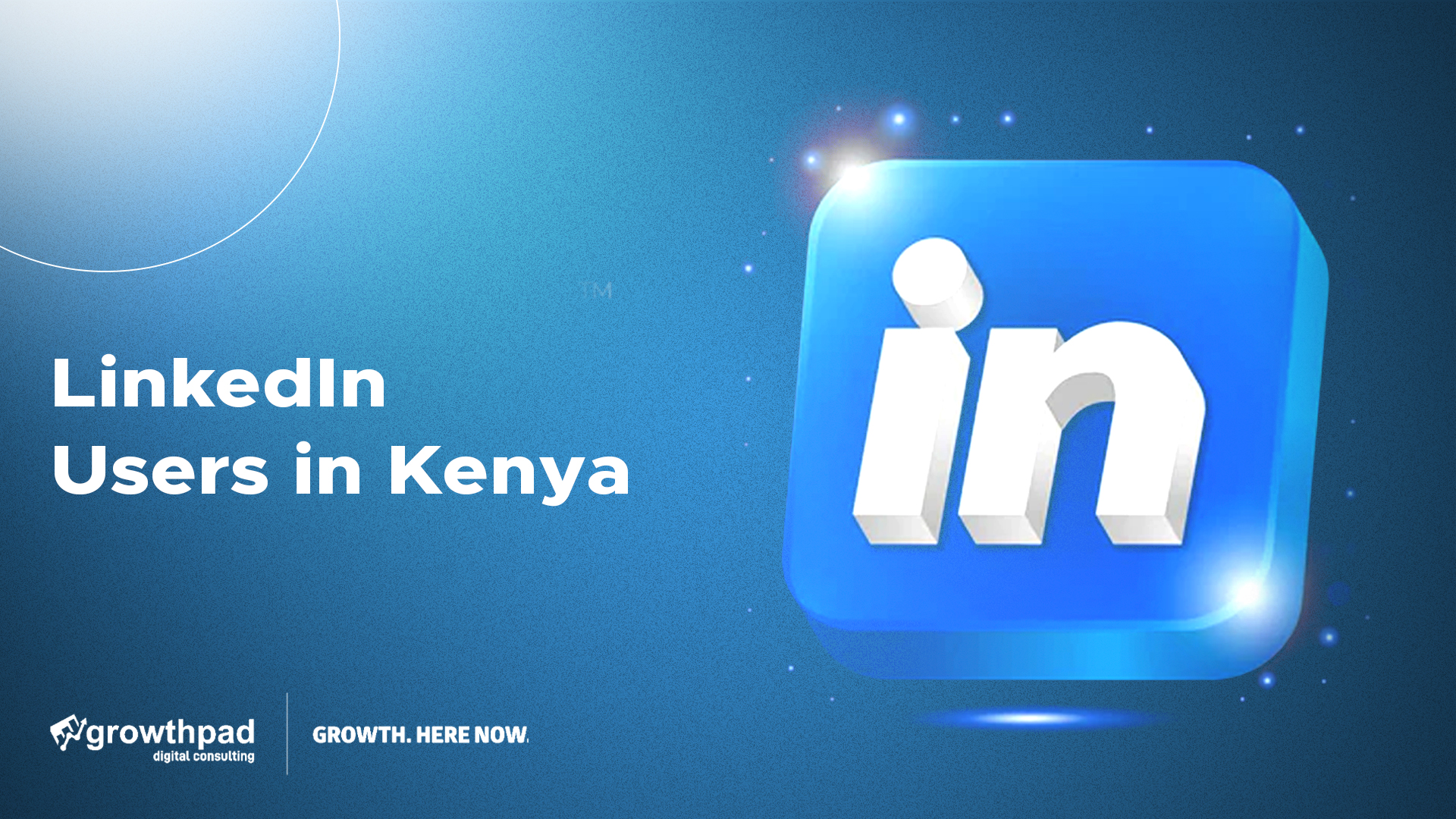 LinkedIn is an American business and employment-oriented online service that operates via websites. The platform is used primarily for professional networking and career development, to allow job seekers to link with potential employers. The figures published by LinkedIn advertising research indicate that the platform had 2.90 million members. The ad reach on LinkedIn shows that the audience in Kenya was equivalent to 5.2 percent of the total population at the start of 2022. In context, the ad reach in Kenya is comparable to 12.4 percent of the local internet user base. As of early 2022, the largest audience reached on LinkedIn is male at 62.2 percent, while women make up 37.8 percent. 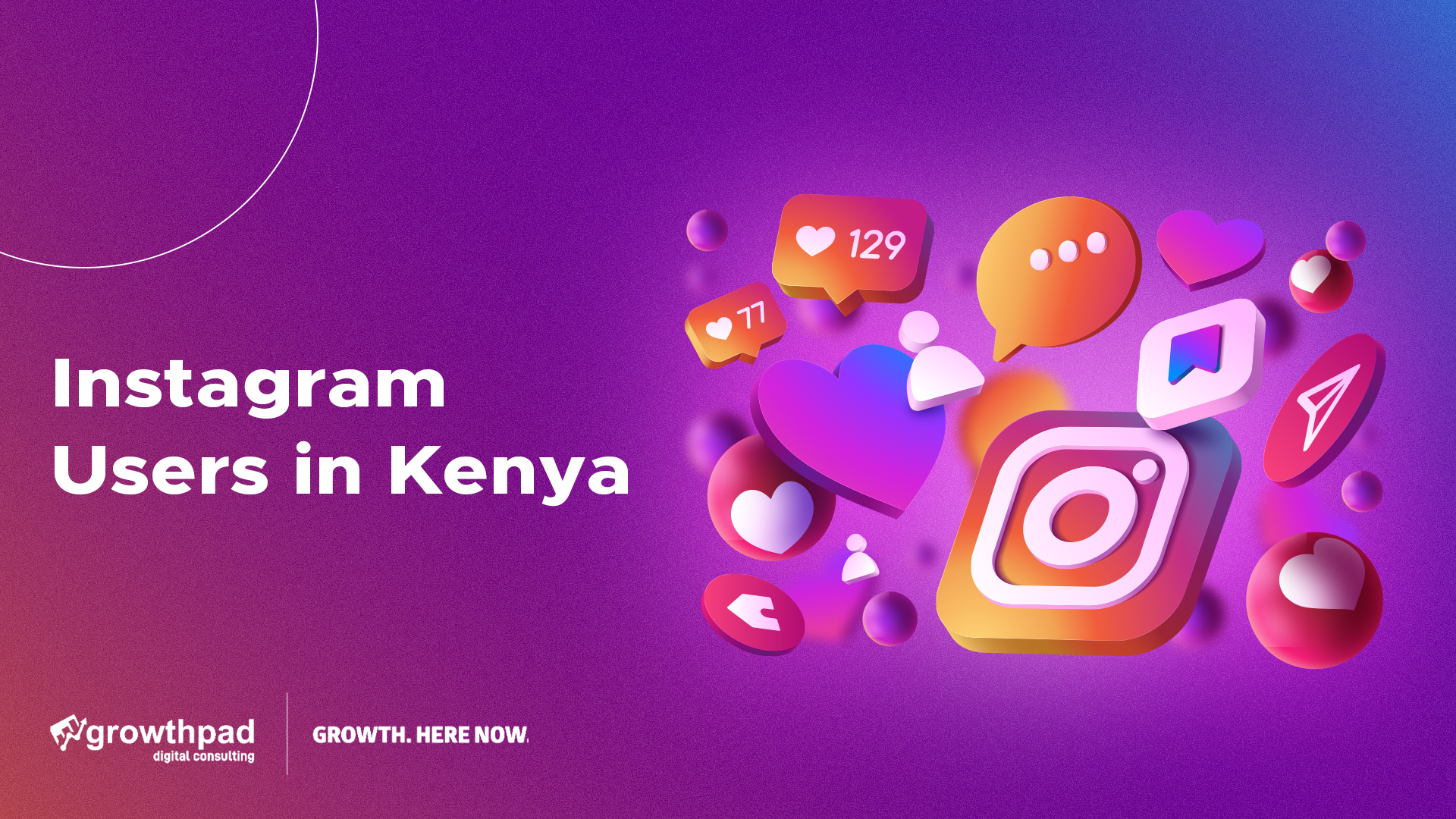 Instagram is an American social networking service that focuses on photo and video sharing. This application allows its users to upload media that can be edited with filters and organized by the use of hashtags and geographical tagging. Numbers published by Meta’s advertising tool indicate that in early 2022, Kenya had 2.50 million Instagram users. This suggests that the ad reach in Kenya was comparable to 4.5 percent of the total population. It is also important to note that the application’s ad reach was equivalent to 10.7 percent of the local internet user base as of the beginning of 2022. It was also revealed that 54 percent of Instagram’s ad audience in Kenya was male, while 46.0 percent was male. 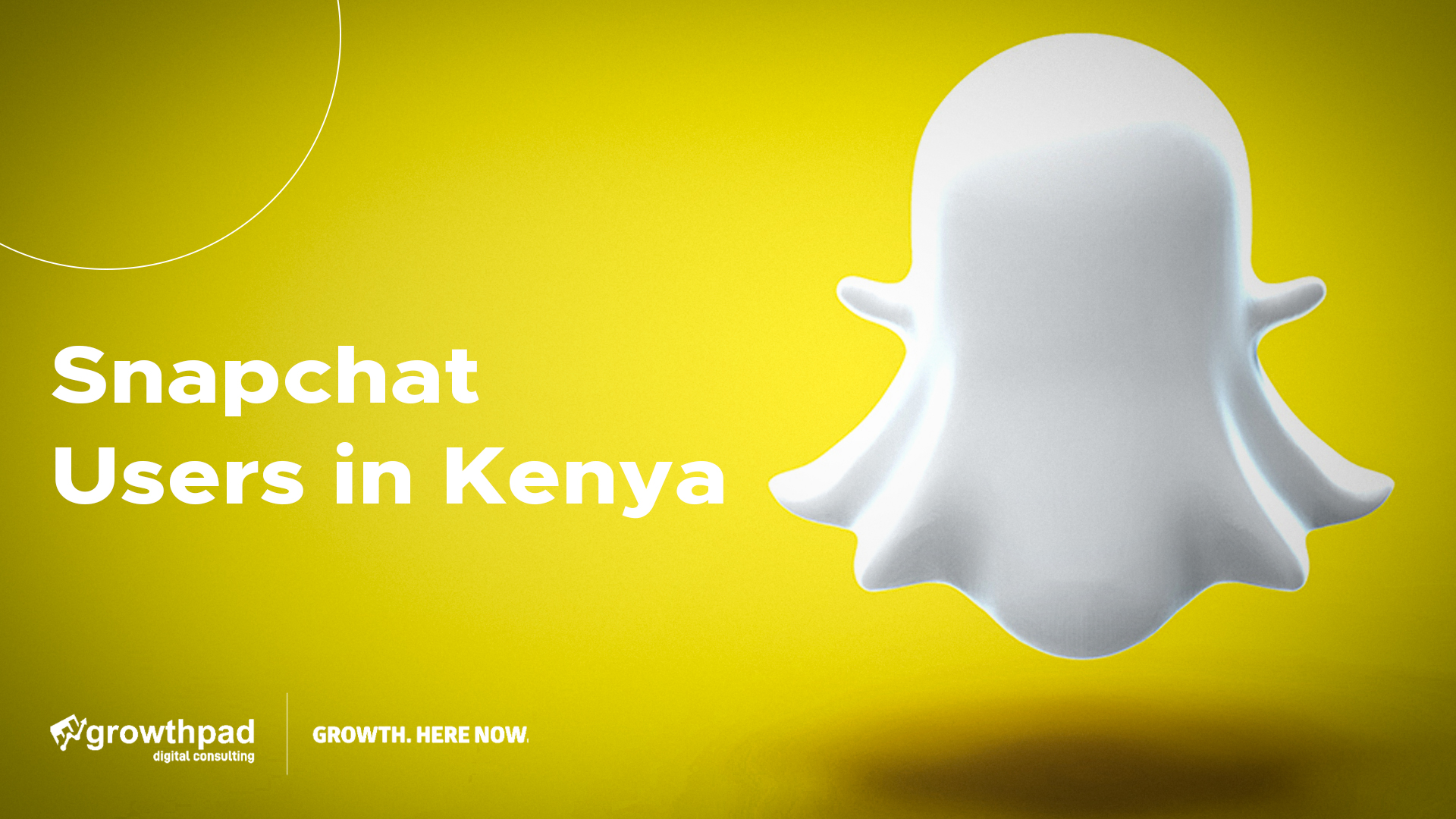 Snapchat is an American social network that works with the principal features that include pictures and messages that are available for a short amount of time before they become inaccessible to their recipients. It works as an instant messaging app and service. In Kenya, Snapchat is used as a means of communication and in some cases, accessibility of information through Snapchat’s video series. Data published by Snapchat’s adverting indicated that the app had gained 1.75 million users at the beginning of the year. This means that the ad reach was close to 3.1 percent of the total population. The ad reach Snapchat has is equivalent to 7.5 percent of the local internet user base, as of January 2022. In that context,  28.1 percent reflects the male audience while 70.0 percent reflects the female audience.

Why is this information important?

The statistics are important because although some Kenyans use traditional media to discover brands, social media makes it easier for brands to be discovered because it links them directly to their audience, through various social media apps.

When it comes to social media users in Kenya, it can be noted that they use social media primarily to connect with family and friends. Moreso, other than accessing content, it is used in the accessing of information and is an easy way to directly reach potential consumers.

If you are looking to go deep on social media users in Kenya and social marketing strategies, in general, to take your business to the next level, our Omni-Channel B2B Free Strategy Call may be the ideal fit for you. Click here to schedule the Strategy call.

Social for businesses is a relatively new world. Allow our team’s experience and knowledge to guide you through. What makes our social media marketing offering unique is our proven ability to combine the power of social media with social data to maximize ROI. As a people, we are a socially savvy tribe that thrives in digital communities giving us an edge in deeply understanding digital consumers from an insider look.

With strategic planning and timing your brand or product could be the talk of social media! We like to call it the snowball effect. We collaborate with influencers of all sizes to create evergreen content that increases brand awareness, earns attention, and inspires action. Areas we cover include: Influencer selection and sourcing, campaign planning, relationship management, seeding, and reporting.

SEO, short for search engine optimization, is a critical element for most businesses’ success – we have seen it time and time again. Our capabilities in technical, on-page, and off-page SEO is likely unmatched in the region. And we don’t preach water while drinking wine – in our own industry, we occupy a 60% visibility while our closest competitor occupies a 10% visibility.

We deliver strategy, media planning/buying/tracking/reporting including but not limited to Display advertising, Search engine marketing (SEM), Programmatic, Mobile, Social, and Analytics. Get in touch with us for detailed planning and campaign execution.

Our digital PR expertise is grounded in finding a connection, a storyline, or a headline that enables our brand partners to have repeated, trusted moments across media and the marketplace. Growthpad offers a variety of online public relations services to complement and enhance the traditional PR efforts of your organization. We often implement a mix of strategies including brand monitoring, online reputation management, and optimized press releases and we are happy to create a customized solution based on your business needs and objectives.

Our dedicated world-class live streaming team is known for flawless execution when it comes to live streaming events. In the past, we have executed events for regional and global organizations with a five-star rating at the end of it. Get in touch with us to discuss how we can make your next virtual event a great success.

Build brand awareness and user engagement and drive sales through our sophisticated gaming mechanics. We can provide consultancy and full implementation to bring the benefits of gaming concepts and strategies to life for your brand or business. Collect rich pools of engagement data that can allow you to optimize your offering, and understand your consumers better, match the correct product or service for your audience. Educate and engage using playable ads.

We may have built our name in strong digital media but over the years our capabilities and expertise has grown beyond digital to encompass traditional media – challenging ourselves while building new competencies along the way. Integrated cross-media campaigns are among the most powerful communications strategies today. So, we’re also creating content in-house for traditional broadcast and outdoor media channels.

Our development team prides itself on building exquisite web experiences that look as great as they feel. We build websites, landing pages, and mobile apps that turn visitors into paying customers. Our developers strike that very difficult balance between client wants seamless user experience, and the need to tick off multiple security and compliance checklists.

Video content has become one of the most important elements for digital campaigns success. Engaging audiences like nothing else. We create outstanding social-first videos and corporate videos backed by deep audience research. That said, our in-house video content team could easily be defined as magicians – creating content on the fly, moving from location to location, and editing on the go – there is nothing they can’t do to ensure timely and professional delivery. From documentaries, case studies, testimonials, explainer videos and so much more – our production team can do it all.

“Execution is everything” is a staple saying here at Growthpad. Our design team lives and breathes this adage. Always eager to collaborate, executing designs at lightning-fast speeds and with flawless execution. It’s an environment where senior designers thrive and flex their design capabilities, while junior designers get world-class mentorship and career growth.

You can have great ideas but great ideas without audience resonance never work. Strategy is what brings it all together and we are masters at it. From digital campaigns to PR, our campaigns are thoroughly researched and backed by industry insights and a wealth of experience. We never rely on assumptions and guesswork. It doesn’t end with project delivery either. Data analytics helps us shape future campaigns and outcomes for your brand.